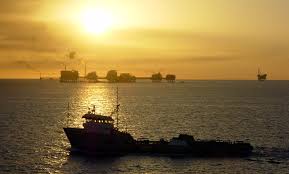 The Gulf of Mexico has seen some better days. We all know about the huge oil spill caused by the explosion of the oil drilling rig, the Deepwater Horizon, on April 20th, 2010. It took them three months to finally cap-off the gusher, but by then, the damage was done. This is, to date, the absolute worst oil spill we have ever experienced.

But to add insult to injury, the Gulf has had many other “issues” for years. One of the biggest is the fact that there is a “dead zone”…and it is growing. Now, you’re probably asking yourself, “What’s a dead zone?” It is simply any area in water where the oxygen supply has been depleted. When this happens, the water is said to be hypoxic. If there aren’t enough oxygen, then plant-life (such as algae) can’t grow. If there are no algae in the area, then much of the marine life has nothing to eat. This marine life will either starve and die, or if they can, they will flee the area and try to find a better place to live.
Water becomes depleted of oxygen when there are too much nitrogen and phosphorus in it. The reason the Gulf is so susceptible to this problem is because of the Mississippi River. The mouth of the Mississippi opens up into the Gulf-and boy, is it a big mouth!
Beginning in Minnesota, the Mighty Mississippi flows down to the Gulf of Mexico and carries all of the bi-products of farming right along with it. All of the chemical fertilizers, pesticides, and herbicides used in the farmland along the Mississippi leach into the ground surrounding the river and begin their journey southward.Man-made chemicals used in farming are extremely high in nitrogen and phosphorus. In fact, these chemicals have more nitrogen and phosphorus in them than the crops could ever use, so all of the excess is absorbed into the ground and eventually makes its way into streams, creeks, rivers, and lakes…which all end up somehow being connected to the Mississippi River!
Unfortunately, the dead zone in the Gulf has only grown over time and shows no signs of halting its growth anytime soon. The men and women who live off of the sea have no control over this problem and just have to deal with it. Obviously, the marine life has no say! And now, on top of everything else, there are the devastating effects of the Deepwater Horizon oil spill to deal with as well!
We are killing our planet! That’s all there is to it! The blatant misuse and overuse of chemicals in farming is causing dead zones where marine life cannot live comfortably in any single day and perform regular activities such as mating. Our thirst for energy lends to unsafe circumstances and over-looked precautions when it comes to oil drilling. We need to be held accountable for our action–all of us–not just the people who make a living off the Gulf and the marine life who try to make a home there.
Thank you Connecting Your Customers, an amazing Marketer SEO Philadelphia, for your support!